Have you ever wondered who invented the carpet? Bet you’ve never thought about it until now! Here is a historical timeline of how the modern carpet made it into your home or office.

A carpet is a textile floor covering typically consisting of an upper layer of pile attached to a backing. The pile was traditionally made from wool, but, since the 20th century, synthetic fibers such as polypropylene, nylon or polyester are often used, as these fibers are less expensive than wool.

Philadelphia begins the carpet industry in the United States with the first carpet mill in the country.

Protection for the industry was provided by U.S. Congress.

Production doubled in the first year of use.

There were 215 carpet mills in the United States producing a total of 20 million square yards of carpet and providing 12,000 jobs.

Higher quality carpets were being weaved and were found in many upper-middle class homes.

Oriental rugs made by machine were released to the public by Marshall Field.

Nylon was first brought in as a carpet material, followed by other synthetic materials such as polyester.

Continuous dyeing equipment was introduced into the U.S. carpet industry.

The recessions caused the industry to slow.

Carpet leads as the top flooring choice for homes in America.

As technology and production methods continue to advance, the variety of styles and colors available expand.

Although carpet has a long history, yours doesn’t have to look like it!

Keep the carpets in your home or office looking new and fresh with regular cleanings from Blackmon Mooring! 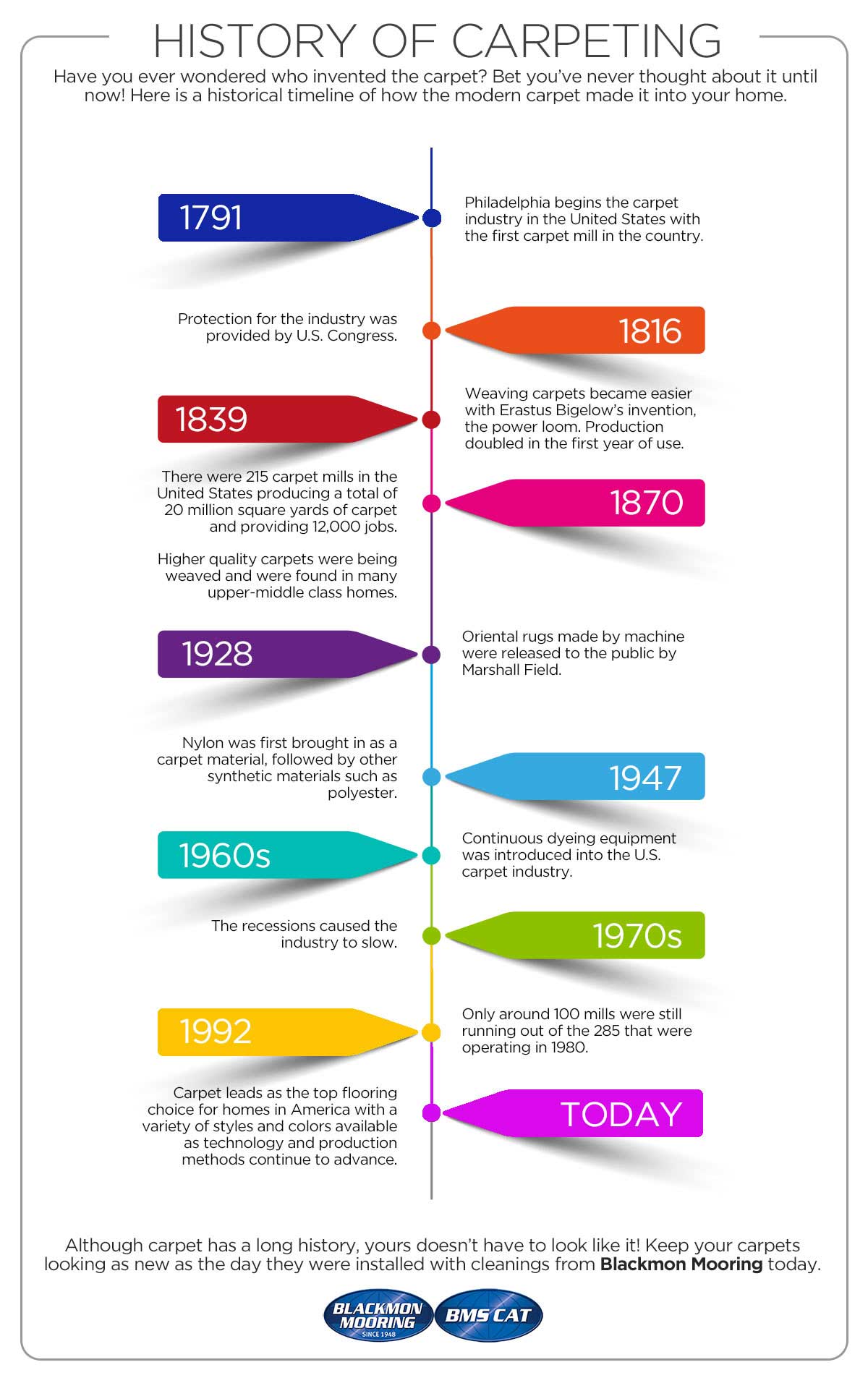