Smoke damage doesn’t just affect your home. It can be bad for your health, too. Read on to learn how smoke damage cleanup can help. 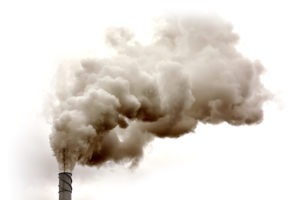 Fires were responsible for $23 billion dollars in property damage in 2017. Of the 6,000 people who die every year from fires, half die from smoke inhalation. Smoke is a harmful mix of particles and gases. Inhalation inflames the lungs and airways, causing swelling which blocks oxygen absorption.

Even after the fire is over, smoke damage remains. Lingering smoke damage can be harmful to your health. Read on for more information about how smoke damage cleanup can help you avoid these 5 risks.

Asthma is a disease caused by inflammation of the airways to the lungs, making breathing difficult. A little over 8% of children have asthma. Soot and mold aggravate this condition. Smoke damage even lingers in areas of the house that were not affected by fire.

Walls, carpet and furniture all harbor particulate matter, and can get deep into the lungs. Smoke contains a toxic stew of carbon monoxide, carbon dioxide and soot. Even after the fire is out, the chemicals linger. A child or adult with asthma is at risk for permanent lung damage if exposed to the harmful aftereffects of smoke.

Emphysema is commonly associated with smoking, but it also occurs in people living and working in contaminated environments. The disease damages the small air sacs in the lungs. When enough air sacs are destroyed, the lungs can’t absorb oxygen and that makes it hard to breathe. The lungs lose their elastic nature. The condition is incurable and degenerative, with treatment only slowing the progression of the disease.

It’s crucial to avoid exposure to any type of air pollution and contaminants. Soot and mold left from a fire are dangerous to someone with emphysema. They could even cause emphysema if not professionally cleaned.

Most people experience acute bronchitis at least once in their lives. This can happen during a cold or upper respiratory infection. Excessive mucous, coughing, wheezing, and chest pain are all symptoms. Acute bronchitis lasts a few days to a few weeks. It goes away with treatment and time.

Chronic bronchitis is like acute bronchitis, but much more serious. An episode of chronic bronchitis may last a few months, or even a few years. The inflammation in the bronchial tubes causes there to be excessive sticky mucus in the airways. The increased amount of mucus results in breathing difficulties. Often, chronic bronchitis leads to emphysema. The two conditions together are called Chronic Obstructive Pulmonary Disease (COPD).

Lung diseases are dangerous, life-threatening and a good reason for cleaning up smoke damaged property after a fire.

If you’re in a house after there’s been a fire, you’ll notice that your eyes are irritated. Watery, uncomfortable, itchy red eyes are a result of soot and smoke damage. Even after the fire is gone, the effects remain.

There’s even particulate matter left from the fire inside closed closets and dresser drawers. Smoke residue moves toward cooler areas. This means there’s often more residue behind blinds and drapes than in the room with the fire.

The soot left from a fire causes irritation and damage to the skin. No amount of lotion will fix the dryness since it stems from the smoke particles in the air.

If you’ve had a fire in your home, a professional cleanup is crucial. The environment, airflow and temperature all affect smoke distribution. A professional understands how these affect the cleanup process.

Because warm air excites molecules, smoke moves toward cooler areas. This means the insides of closets and drawers suffer more damage. The areas behind the blinds often indicate the nature of the overall damage.

A professional understands the airflow pattern of your home. They’ll look for damage in places that you might not think about. Ductwork, for instance, carries smoke damage to rooms nowhere near the blaze. Door openings and the ceiling areas above them have increased soot residue due to airflow.

Smoke particles often have an electrical charge attracting them to certain surfaces. Nail heads that are hidden behind drywall act as magnetic attractions to ionized particles. You’ll see smoke rings around the areas.

A Word About Mold

Mold is another unfortunate aftereffect of many house fires. The water used to douse the flames ends up all over your house. It only takes a couple of days for mold to contaminate the stagnant water.

Mold doesn’t bother everyone, but many people have mold allergies. Mold causes many problems for susceptible people. These include, but are not limited to:

If you suffer from asthma, mold can make your symptoms worse. Mold can cause skin infections as well.

Let the Professionals Handle the Cleanup

Smoke damage cleanup is best handled by professionals. Professionals use state-of-the-art techniques during the cleanup process.

There’s much more to the cleanup than making things look good. Fire by-products like soot and mold are dangerous and can compromise your health. If you’ve had a fire in your home, don’t return until after the cleanup has been done.

Professionals secure your property for the prevention of further damage. They’ll remove dust and soot from the air with proper ventilation. Professionals wear protective clothing and masks when removing fire by-products. They use special cleaning products and clean every surface in your home to protect it from further damage from the acid in the soot.

Don’t take unnecessary risks with property restoration and clean up after a fire. Call a professional now and get the help you deserve.